Alpaca processor and spinner Michell has introduced a range of sustainability initiatives developed through its new design and innovation hub Michell Labs, Twist caught up with Raul Rivera...

It is an honor and a pleasure for us to present this blog, which is born as a new space to be in contact with all of you, and show you our latest news, useful information and the history of the company. This will be an exciting journey through the essence of Michell...

The Mirasol Project was created with the decisive support of Michell y Cia. and the initiative of a couple of Norwegian customers, who visited the Mallkini Alpaca Ranch in 2006, and there, they met Marisol and Alex, children of one of our shepherds.

These people were impressed by the charisma, simplicity and humility of these children, especially Marisol. Later, and seeing the reality of his life and the difficulty it represented for these and many other children in the area, attending their schools, since they had to walk between 2 and 3 hours a day to go to their schools and return home, they conceived the idea of building a boarding house where children of the surroundings could stay from Monday to Friday and move from there to their schools. 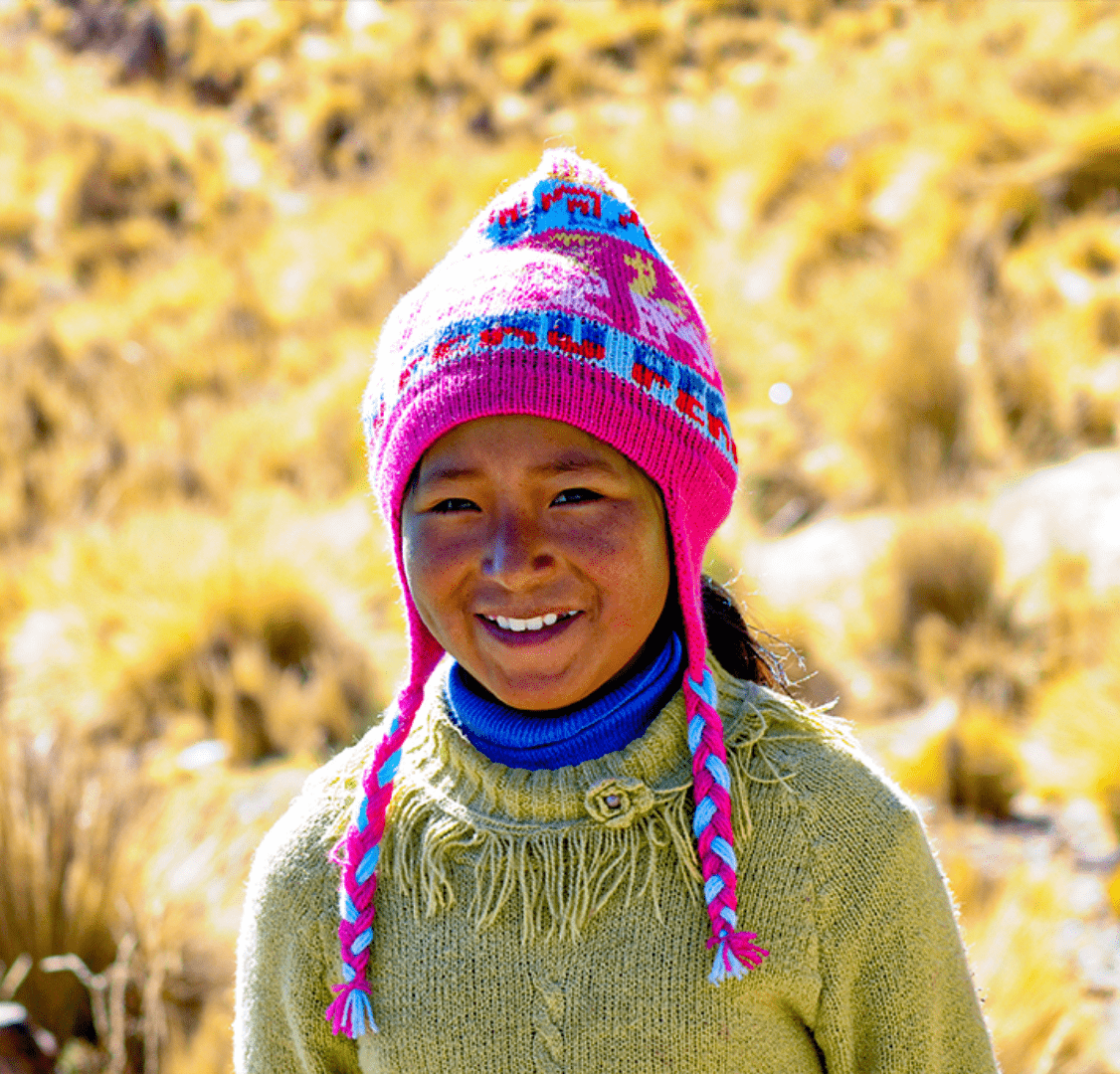 This is how, with the initiative of Kari Hestnes and Per Svendsen, and the determined support of Michell & Cía, which provided an area of approximately 12,200 ㎡ for the construction of the project, the MIRASOL Civil Association was created and the construction of the building started at the beginning of 2007, at a cost of S/582,770.43 (Approx. US$209,629.65).

This year Mirasol started its activities by welcoming children from primary and secondary, allowing children to do a short walking from Mirasol to their schools. 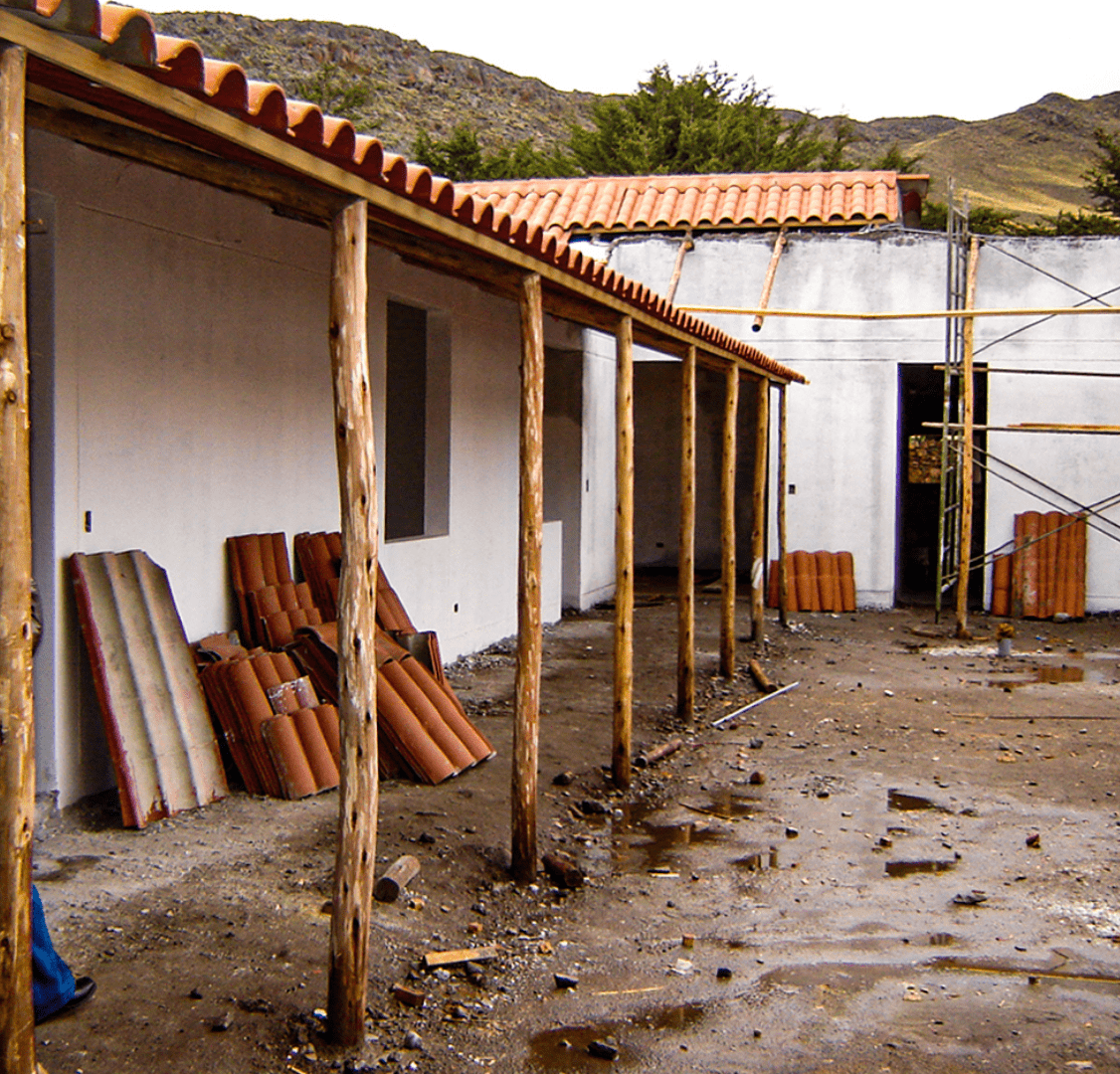 School activities began. Mirasol started working with a kinder garden teaching section, for children 3-5 years old and a primary level teaching section, with multigrade classes. At that time, there was still no electricity or telephone.

The official school year began in March with 38 children aged from 3 to 16 years and 4 staff people (2 teachers/tutors + 1 principal and 1 assistant in charge of cooking and cleaning). 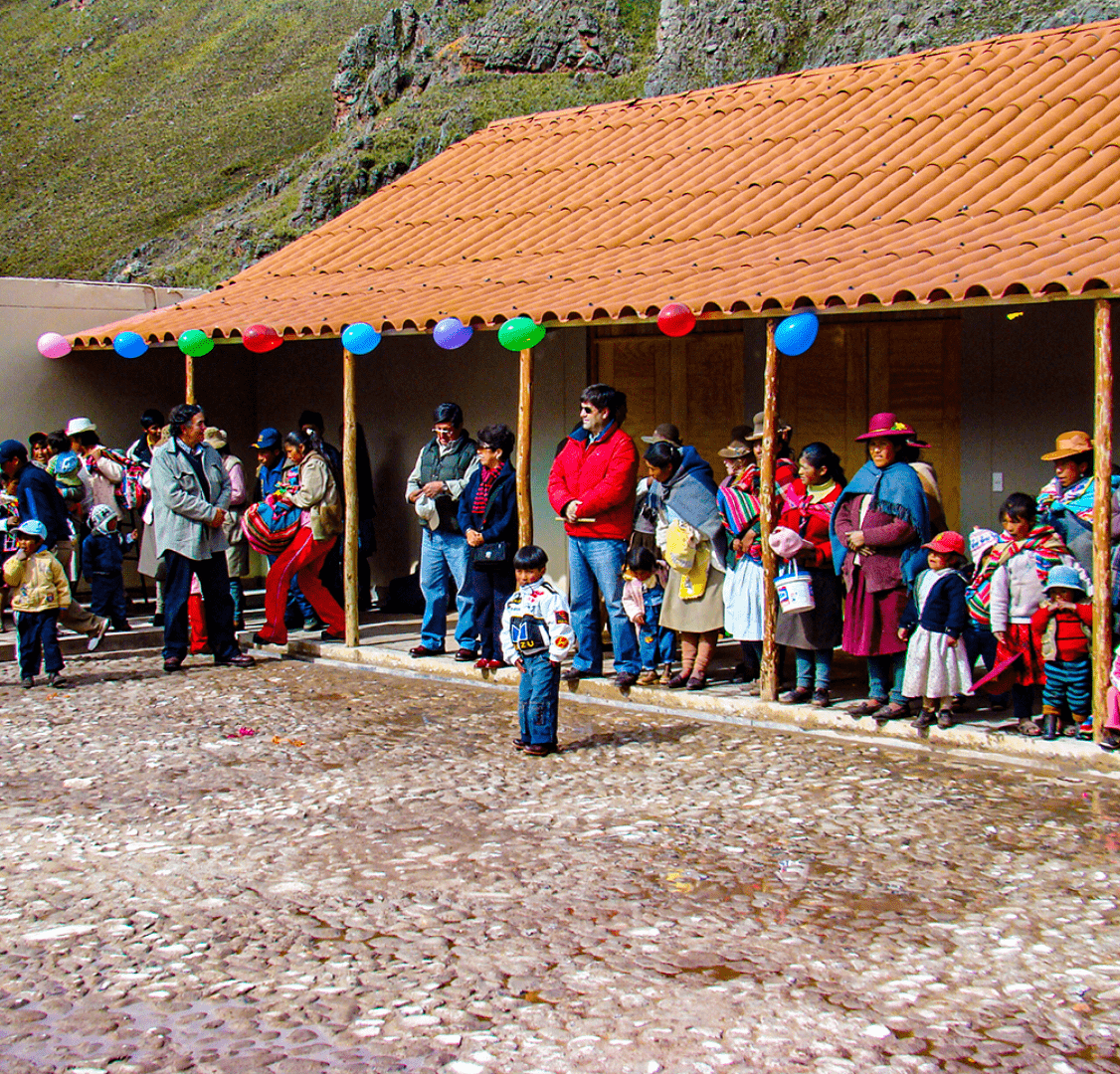 This year the kinder garden and primary school started and Mirasol hosted a total of 53 children, including some high school students studying beyond Mirasol.

Between the end of 2009 and March 2010, the construction of 3 more classrooms began to expand the school capacity. 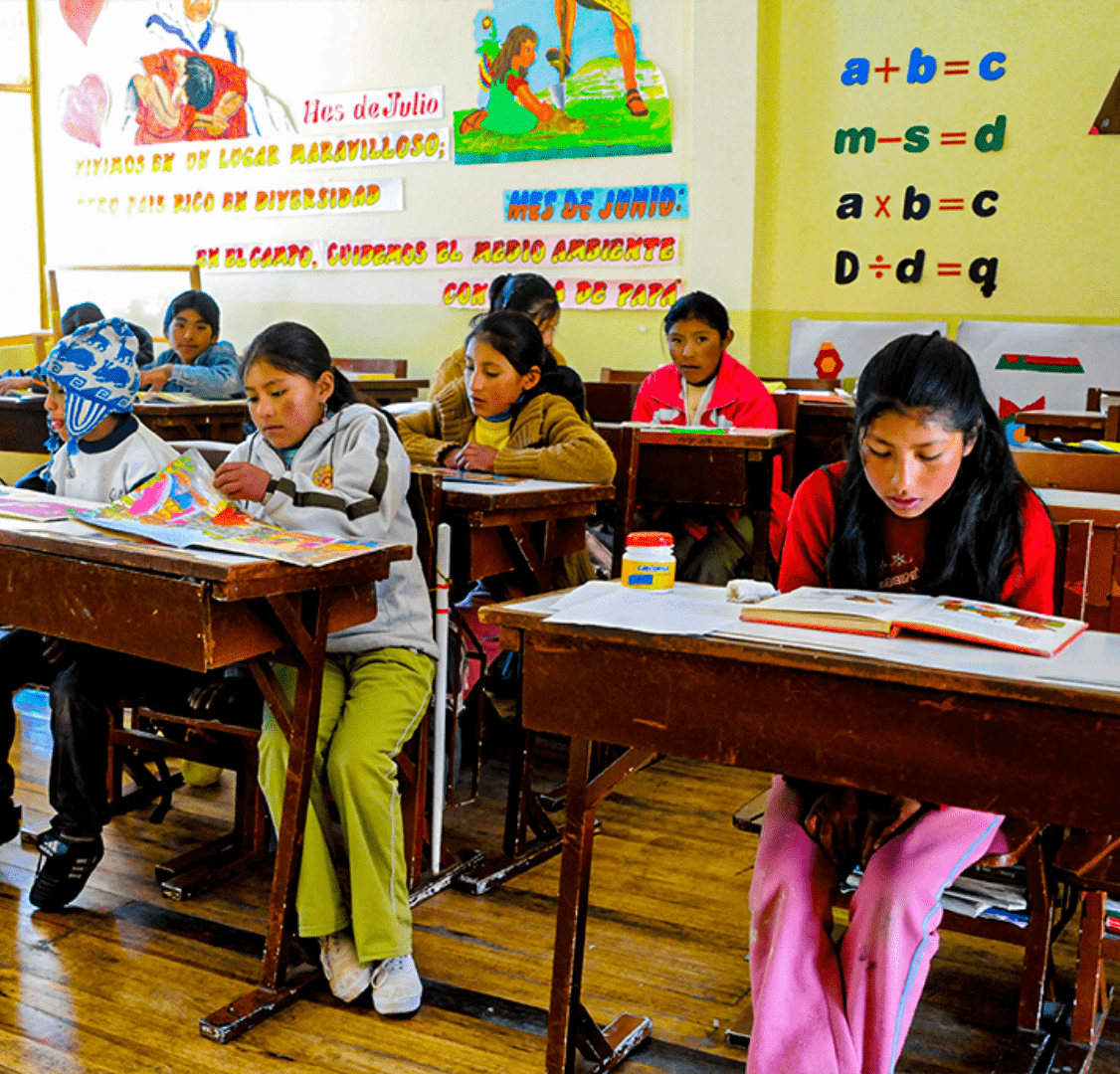 This year we completed the expansion with the construction of 3 classrooms in March. We also continue working with kinder garden and Primary School and hosting High School students, having 63 students in total.

Also, this year we had a very important milestone: Electricity finally reached the Mirasol area. 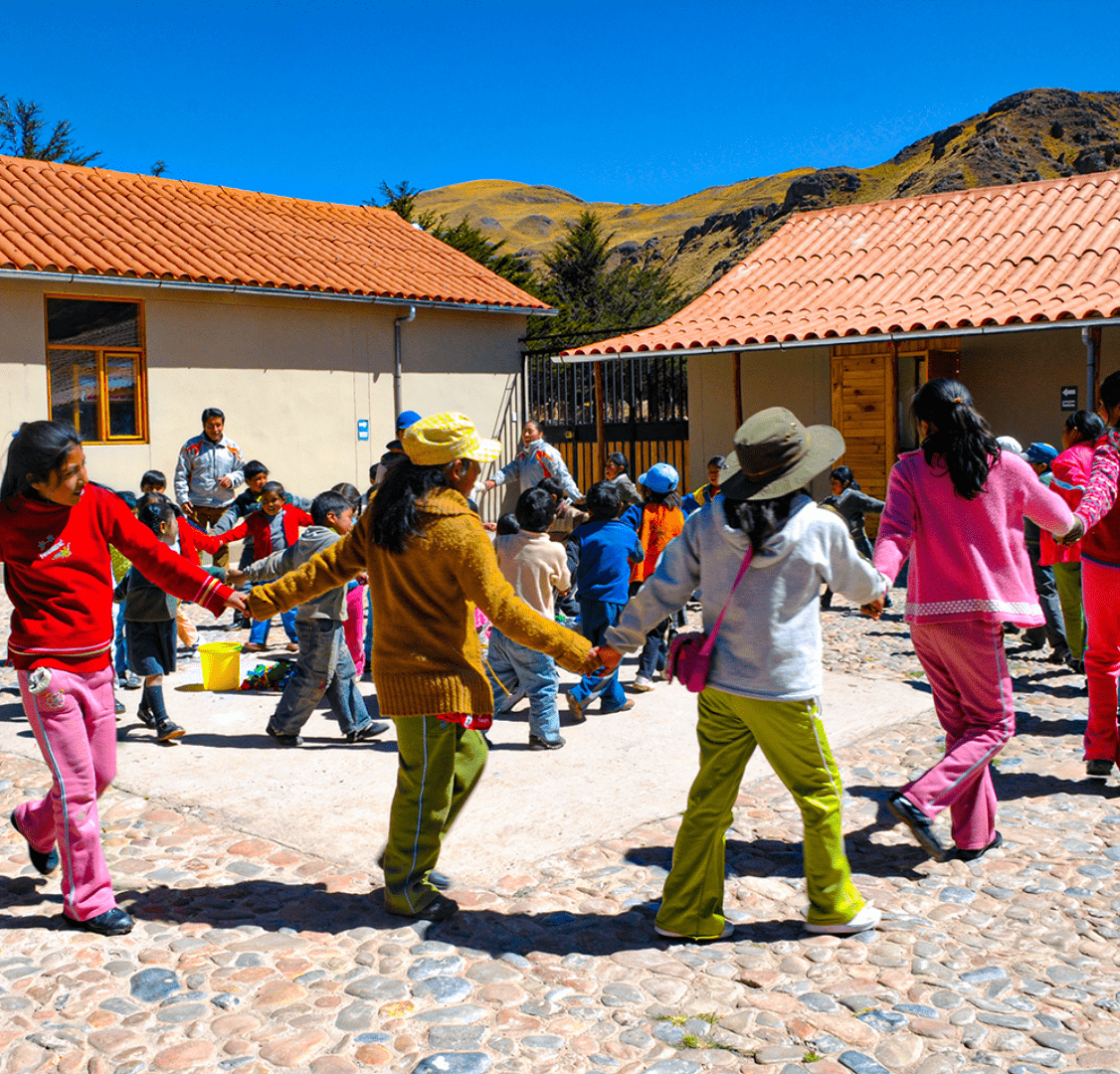 This year we decided to continue working only with Primary School. High School was removed since it did not reach the minimum number of students required by the Government.

In August, with financial aid from Per Svendsen and Kari Hestnes, we carried out some kitchen arrangements and implemented it with a dishwasher and a potato peeling machine. Also, a semi-industrial washing machine was purchased. 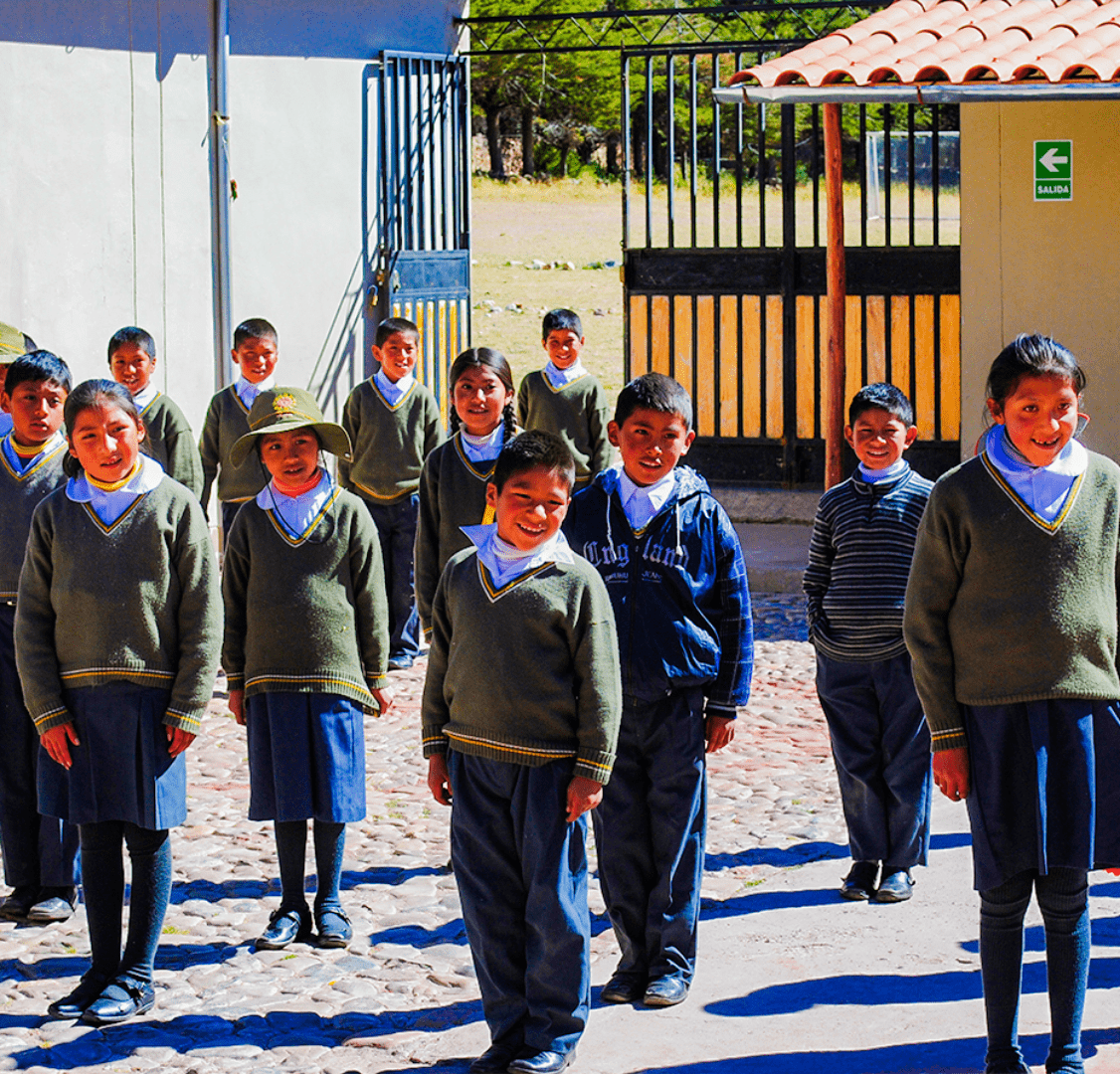 In October we began construction of a building designed especially for teachers, with a recreation room, a living room and a library.

Additionally, we built two bedrooms for teachers for their comfort and privacy. This was an initiative of Mr Michael Michell Stafford. 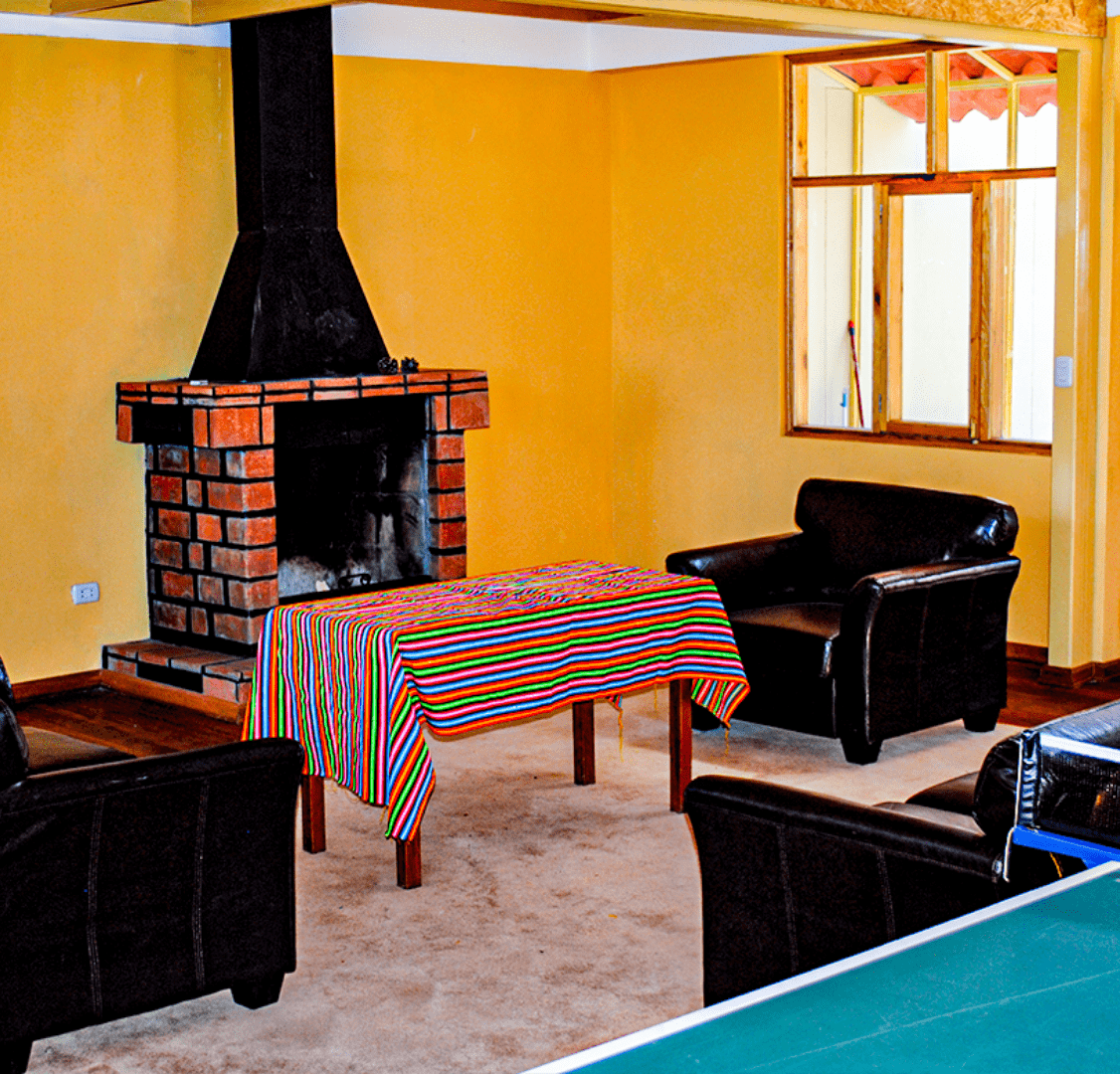 We started this year with 42 Primary School students and continued with the construction of two additional rooms for teachers. 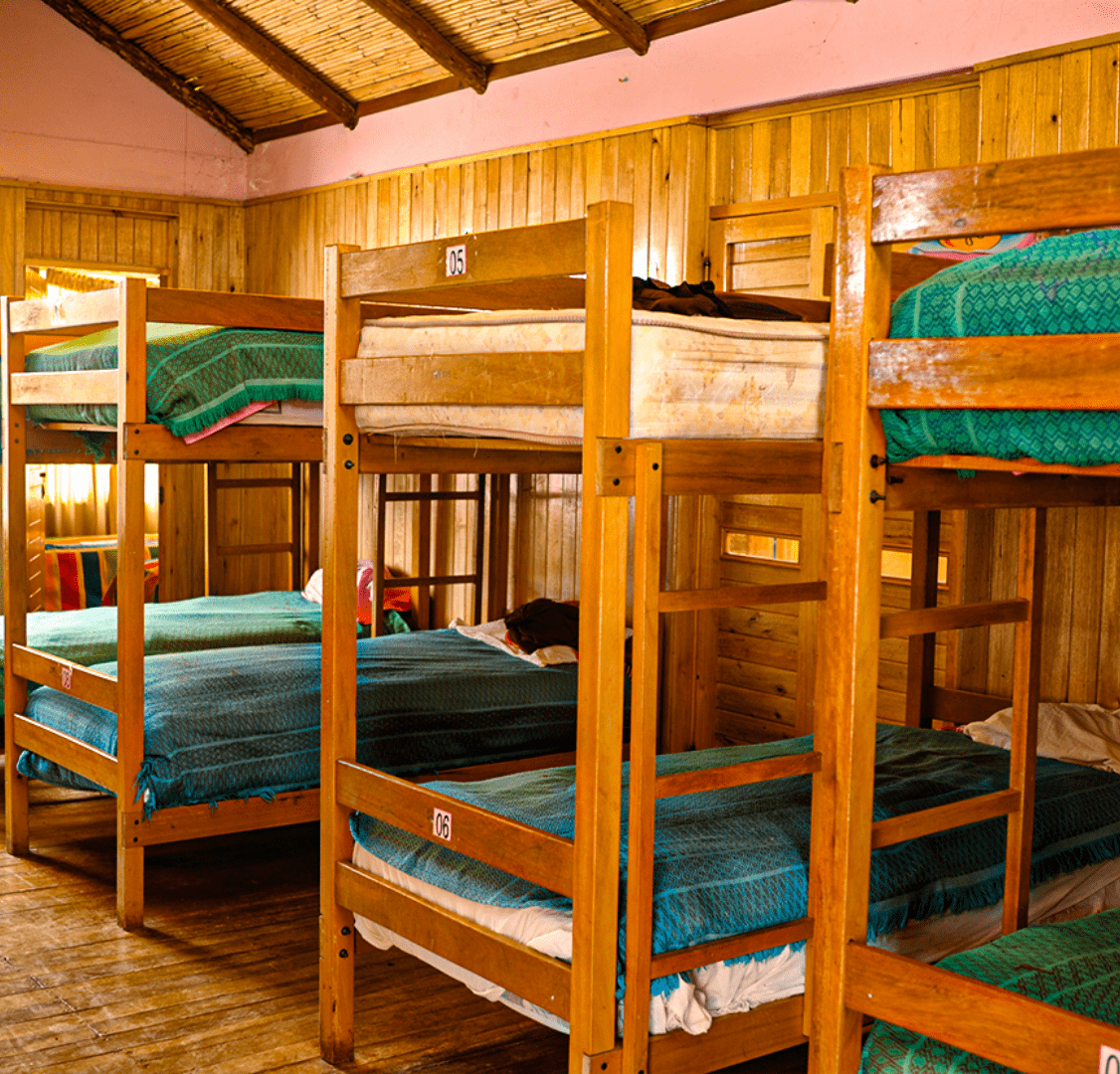 We started this year with 48 students.

Michell y Cía, with the approval of the Board of Directors, built a multi-purpose sports playground. The perimeter fence around the property was installed.

Mirasol won the First Prize for their presentation at parade for the anniversary of Munani district. The prize (US$ 790.00) was used to purchase a new photocopying machine. The children of Mirasol usually win these awards every year and, at the initiative of their parents and teachers, they use the funds to acquire some goods for the school. 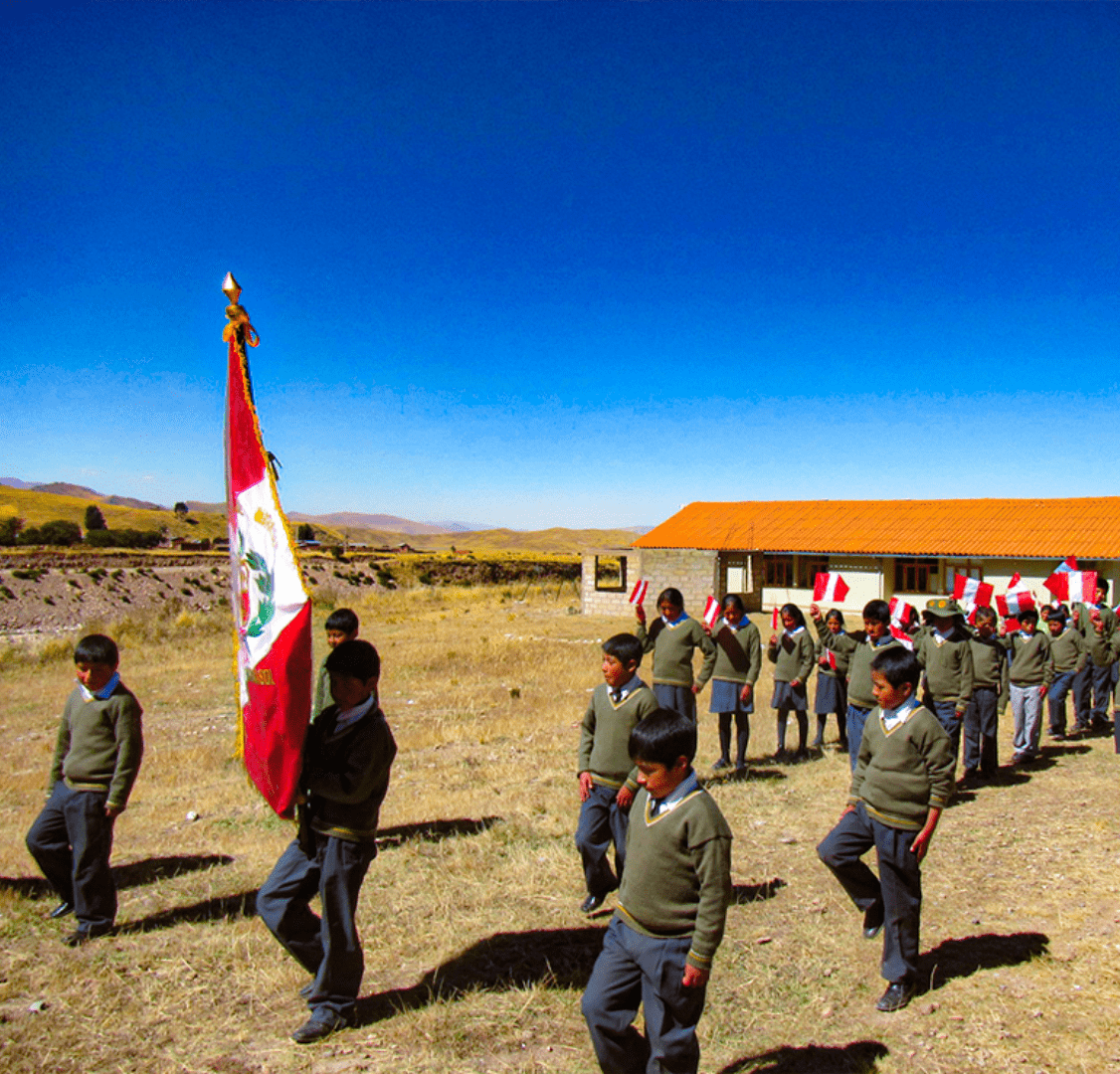 We had the visit of a team of medical volunteers from Quechua Benefit, who did medical check-ups on the children and adults at Mirasol.

Like every year, in September, we celebrate the anniversary of the creation of the Mirasol School with various activities. 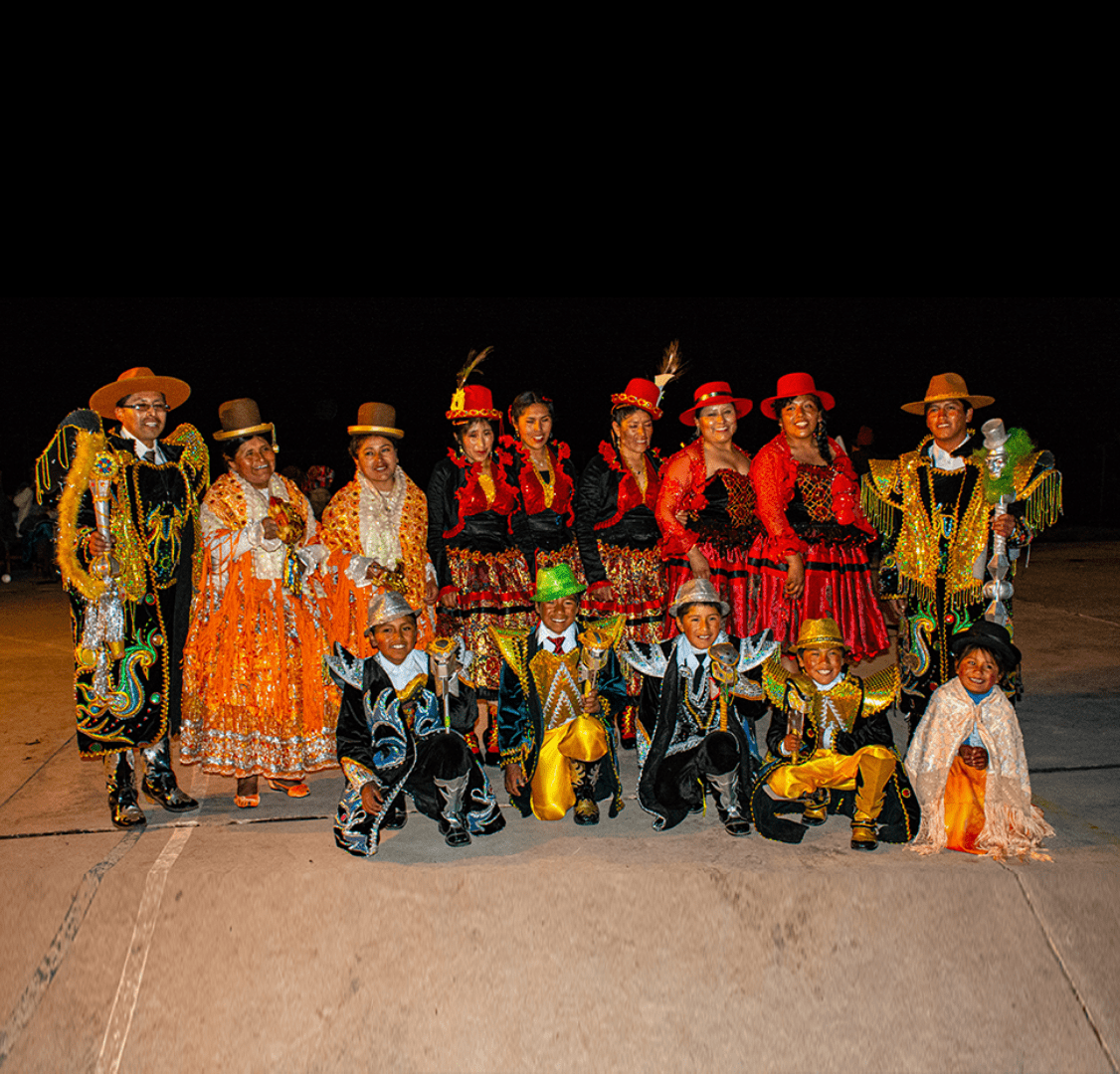 This year we hired a psychologist and received the visit of the Minister of Culture Diana Álvarez Calderón, who was especially pleased with the Mirasol Boarding School.

CARE PERU Foundation, an international organisation, trained the teaching staff of Mirasol. They were of great support to Mirasol since the beginning. 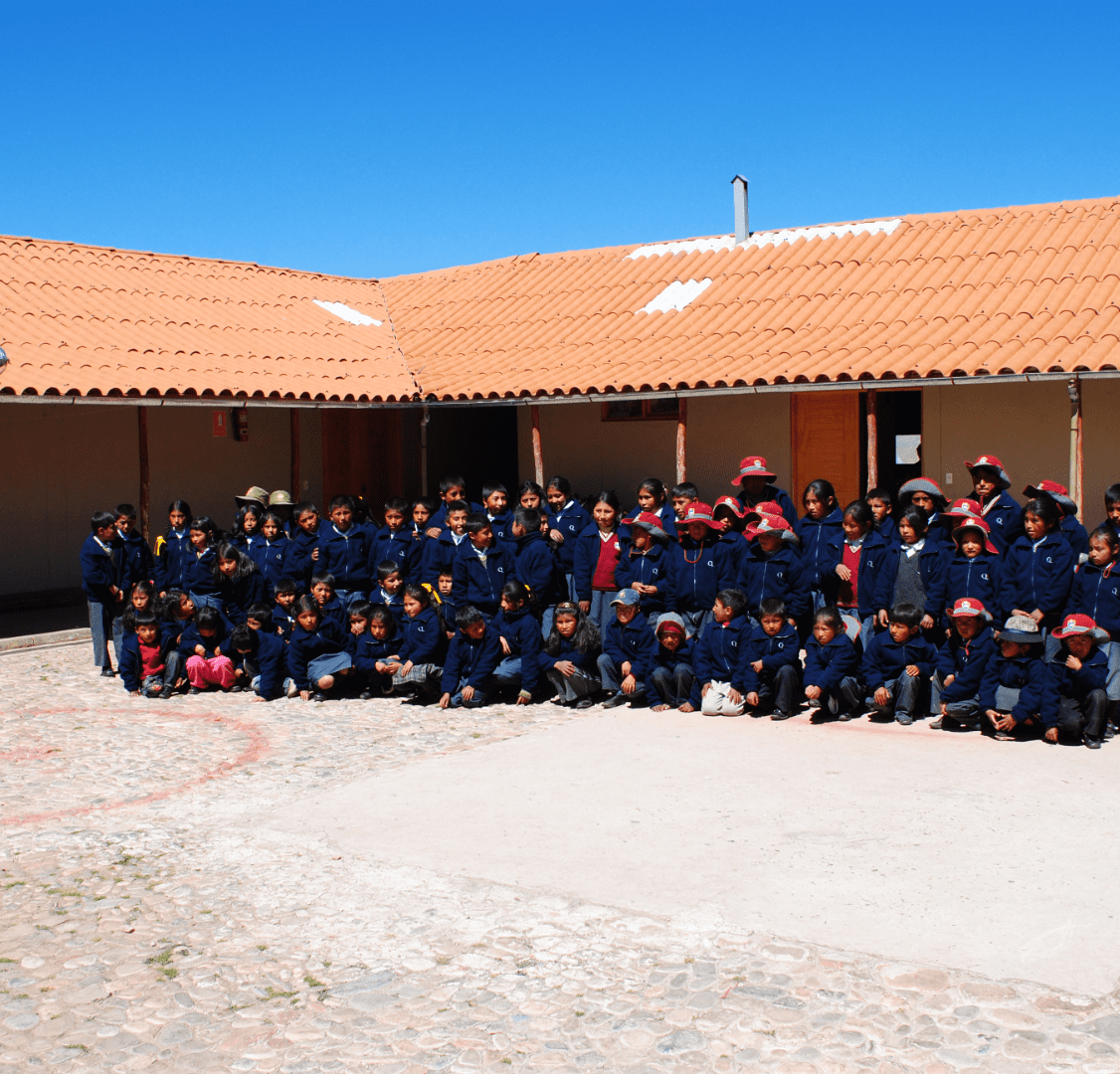 In recent years we achieved much greater participation of parents. This year they collaborated with the painting of the sports playground and tyres fencing around the volleyball court.

In September we received the visit of Mrs Stephanie Michell, her husband and a group of people, who brought jackets for all the children at Mirasol.

We had the participation of two Norwegian volunteers later in the year: Caroline and Andreas Strand, who taught English, math and crafts.

We incorporated an art and music teacher into the school staff. 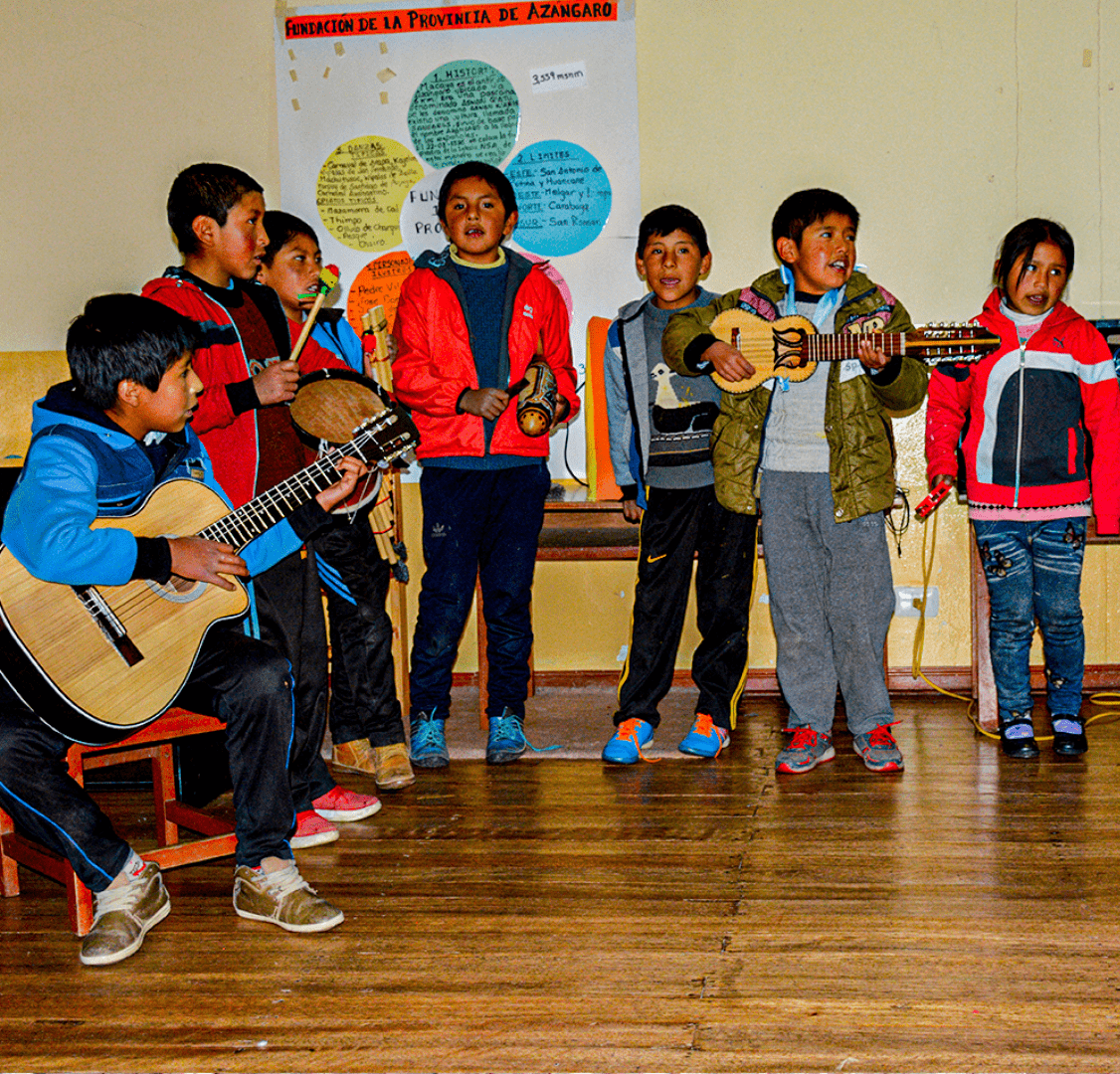 We hired two new teachers. We painted classrooms and kitchen and made general maintenance of the facilities. Children parents painted the exteriors of the buildings as part of their contribution to the project. We started the year with 46 students.

We had a French volunteer, Paul Lepront, to teach English and support teachers with other functions. Later, a Spanish volunteer, Josep Prats, joined; days later another volunteer also joined Mirasol from Turkey, Onur Aslan joined Mirasol in September; and a volunteer from Switzerland, Jasmin Wallner. At the end of that same year the French volunteers Edouard Blin and Sophie Jarlet were with us in October; the Dutch Dann Gerutensen and the Mexican American Rubí Mejía between October and November; and to finalise this year Viqui Rivero from Uruguay bear at Mirasol end of November to December. In September the ONG Yenta worked with children and teachers to develop their self-confidence and inter-relationship.

We celebrated the tenth anniversary of the foundation of the Mirasol Project with different cultural and sports activities with students, teachers and parents. We had the participation of representatives of House of Yarn, important Norwegian benefactors of Mirasol project, and also Michell managers and executives attending the celebration. Besides, a lunch for everybody was carried out. Ex Mirasol students were invited to the lunch and it was especially touchy when they address to the students there and told them about their experiences at Mirasol School and what it meant in their lives. 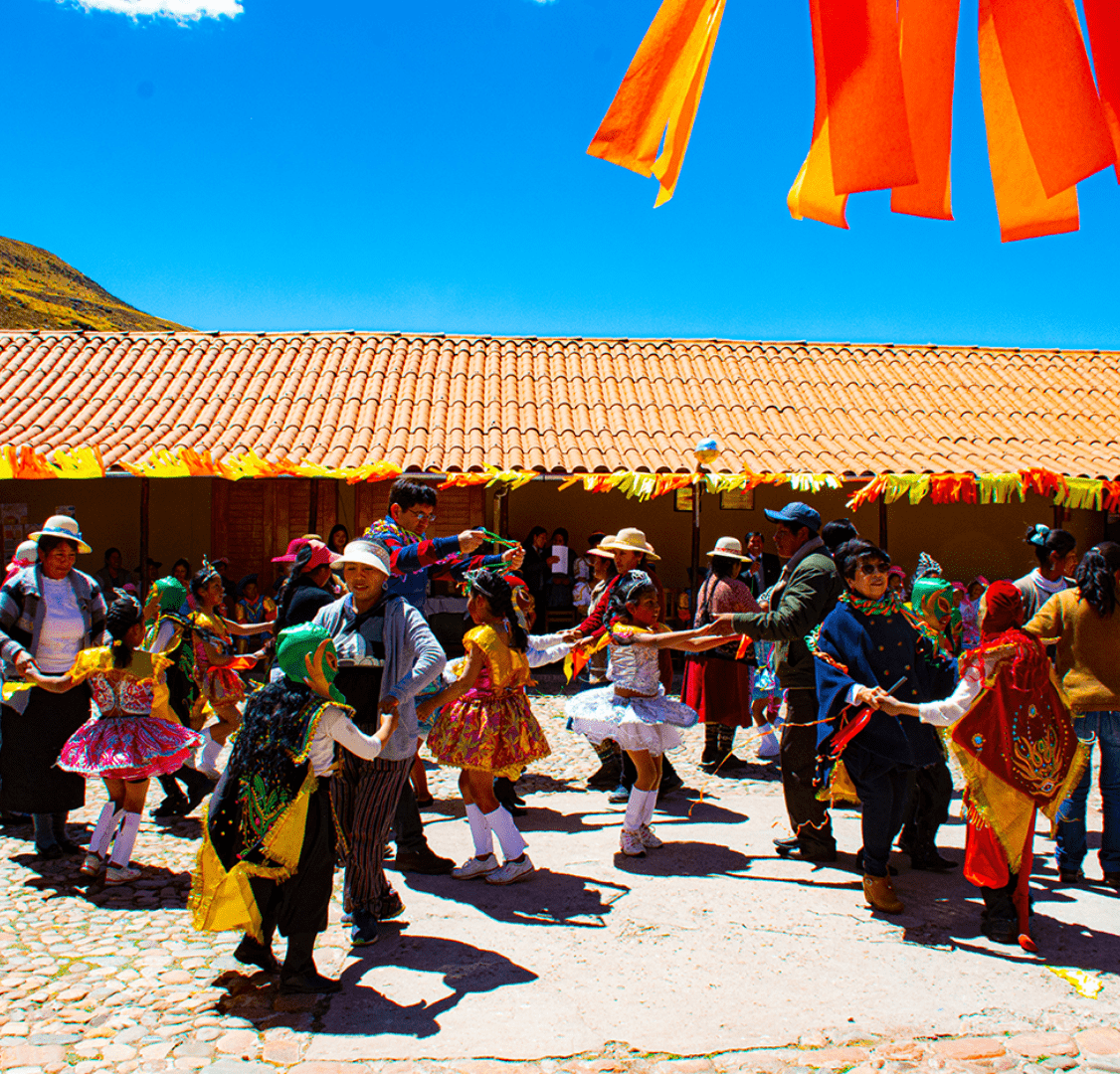